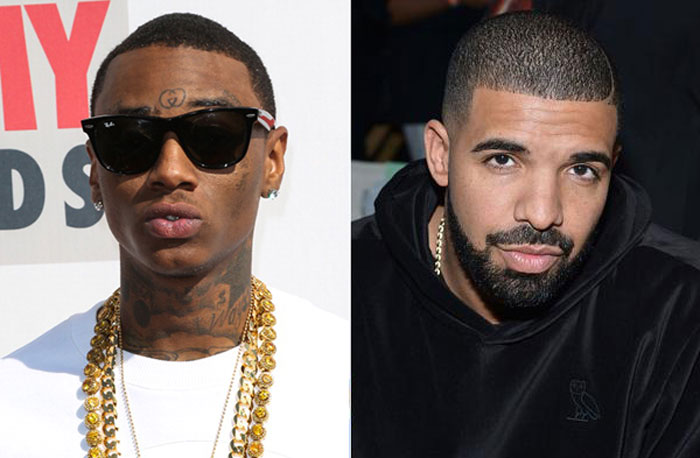 According to online blog, ONSMASH, a leaked screenshot of what appears to be a conversation between Canadian rapper Drake and an anonymous user, revealed that Drake might be working on a collaboration with American rapper Soulja Boy.

In the screenshot, the anonymous user said to Drake, 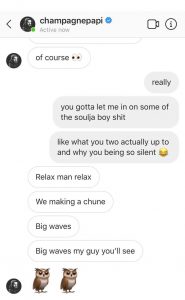 Now neither Drake nor Soulja Boy has commented on the picture so we don’t know if it’s real or photoshopped.

Two weeks ago, Soulja Boy trended worldwide for his infamous interview on the breakfast club. Soulja called Drake out for using a verse on his “miss me” single, reciting his original rhymes in the conversation.