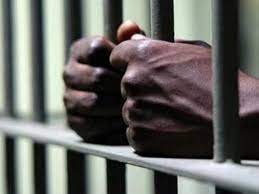 38 year-old Randale McFarlane otherwise called ‘Blacks’, of Elgin Town Lucea in Hanover has been charged with Wounding with Intent, Unlawful Wounding and Illegal Possession free cialis sample of Firearm following an incident at a supermarket in the parish on Saturday, November 07, 2020.

Reports from the Lucea Police are that about 2:20 p.m., McFarlane entered the establishment and was stopped by the security guard and was asked to be sanitized. McFarlane refused and the Guard insisted. A tussle ensued during which McFarlane managed to disarm the security of his firearm and used levitra female it to fire a shot hitting him on his little finger.

A passer-by saw what was happening, intervened and managed to retrieve the firearm from McFarlane who made good his escape. The complainant was assisted to the hospital where he was treated and released and a Glock pistol with a magazine containing sixteen rounds of ammunition were handed over to the police.

McFarlane was arrested on cheap cialis without prescription Friday, June 11, 2021 and subsequently charged.

His court date is being prescription drug levitra finalized.