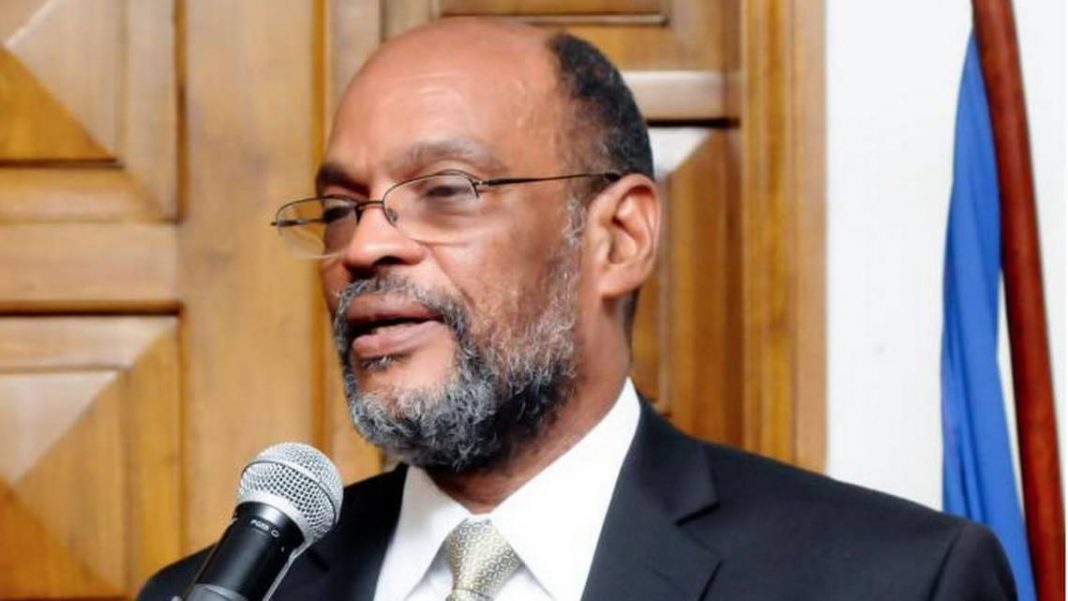 Haiti’s Prime Minister Ariel Henry has been banned from leaving the country amid an investigation into his alleged involvement in the assassination of President Jovenel Moïse.

A prosecutor is seeking charges against Mr Henry, who has been asked to explain his links with a key suspect in the killing, Joseph Felix Badio.

Mr Moïse was killed at home on 7 July.

He was shot dead after gunmen stormed his private residence in a suburb of the capital, Port-au-Prince. His death triggered a political crisis which was exacerbated when a huge earthquake struck the south of Haiti a month ago.
-BBC-