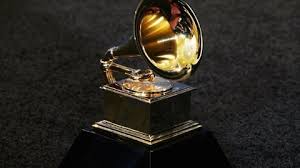 The Recording Academy has issued a statement making clear that a tweet which claimed to contain a leaked list of Grammy winners order viagra online is fake.

A Recording Academy spokesperson told Billboard “There is no legitimacy to this,” adding that the Grammy awards results are not shared, even with Recording Academy staff members, until the day of the Grammy Awards ceremony, when names of the recipients are delivered by Deloitte in sealed envelopes.”

Kendrick Lamar has eight nominations for his Black Panther soundtrack.

Hit single All The Stars is up for both record and song of the year, while the soundtrack also competes for the coveted Album of the Year title.

Cardi B has secured five nominations, including Album where to buy cialis canada of the Year and Song of the Year, for I Like It.