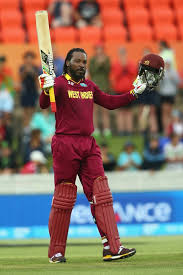 The World Cup will be held in England and Wales from 30 May to 14 July.

Gayle is in the West Indies squad to face England in a five-match one-day series starting on Wednesday in Barbados.