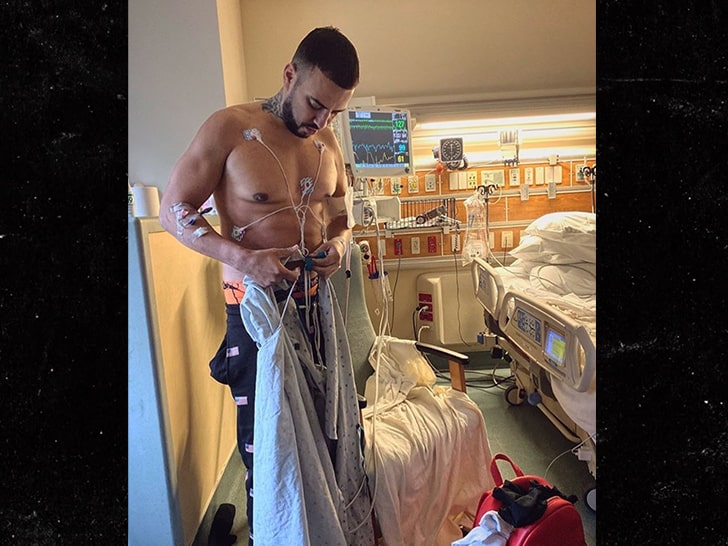 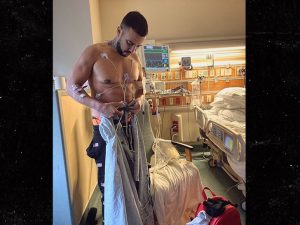 French Montana has thanked his fans for their support after “finally” being discharged from the hospital following a health emergency.

The “Unforgettable” hitmaker spent the weekend in intensive care, days after police responded to a false robbery alarm at his home in Calabasas, California.

Police generic cialis india found him suffering from cardiac issues and nausea and insisted he get immediate treatment.

A week later, Montana took to Instagram on Thanksgiving to reveal he was out of the hospital and on the road to recovery.

Sharing a candid picture of himself shirtless while hooked up to a host of wires in his hospital room, the rapper wrote: “Thank you Everyone for all of the prayers, love, and support. I’m finally out of ICU and am getting better one day at a time !!!#Montana.”

He was quickly inundated with comments from his famous friends, including Paris Hilton who wrote: “Sending you love bro! Happy Thanksgiving,” while Busta Rhymes added, “Allah is the Greatest!! Love you family. Speedy recovery bruddah!!”

French Montana has yet to reveal all the details of his diagnosis, but sources say he was struck down with severe exhaustion and dehydration after recently flying to four countries in six days viagra for her for work.