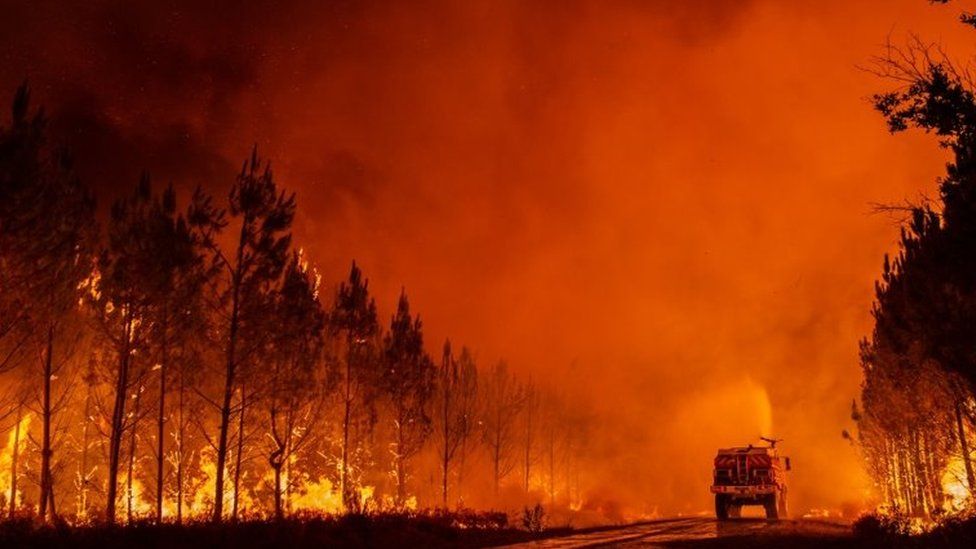 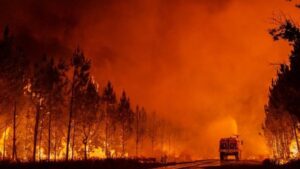 More than 1,000 firefighters are battling a “monster” wildfire in south-western France that has already cheap levitra india destroyed nearly 7,000 hectares of forest.

Officials say the raging blaze near the city of Bordeaux has gutted a number of homes and forced 10,000 residents to flee.

Strong winds and high temperatures are said to be hampering the firefighting operation.

This summer France and a number of other European countries have seen a wave of deadly wildfires, triggered by record temperatures and droughts across the continent.

More than 1,000 deaths have been attributed to the heat in Portugal and Spain.