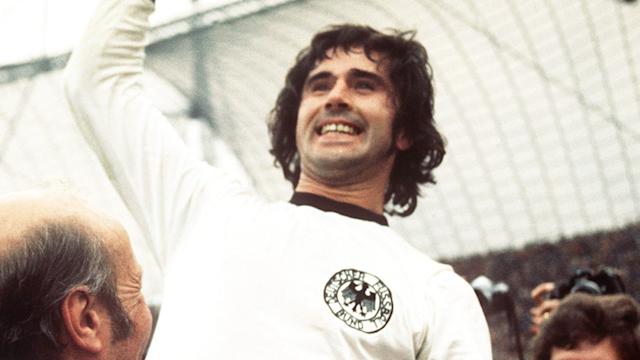 One of the best strikers in history, Muller scored 68 goals in 62 appearances for West Germany, including the winning goal in the 1974 World Cup final against the Netherlands.

He also scored 547 goals in 594 competitive games during 15 years at Bundesliga giants Bayern.

Muller, a two times German footballer of the year, won the Golden Boot for netting 10 goals at the 1970 World Cup and also won the Ballon d’Or that year.

He helped West Germany win the European Championship two years later, scoring twice in a 3-0 win against the Soviet Union viagra non prescription in the final.