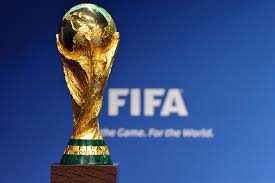 FIFA says it has fan backing for the much-criticised plan to shift to a biennial World Cup after releasing a summary of the buy generic no online prescription viagra results of an opinion survey of supporters.

The proposals, which have been outlined by FIFA’s head of Global Football Development, former Arsenal manager Arsene Wenger, have been met with widespread opposition from within the game.

FIFA’s congress in May voted by a large majority to conduct a feasibility study into the potential of holding the World Cup every two years instead of every four.