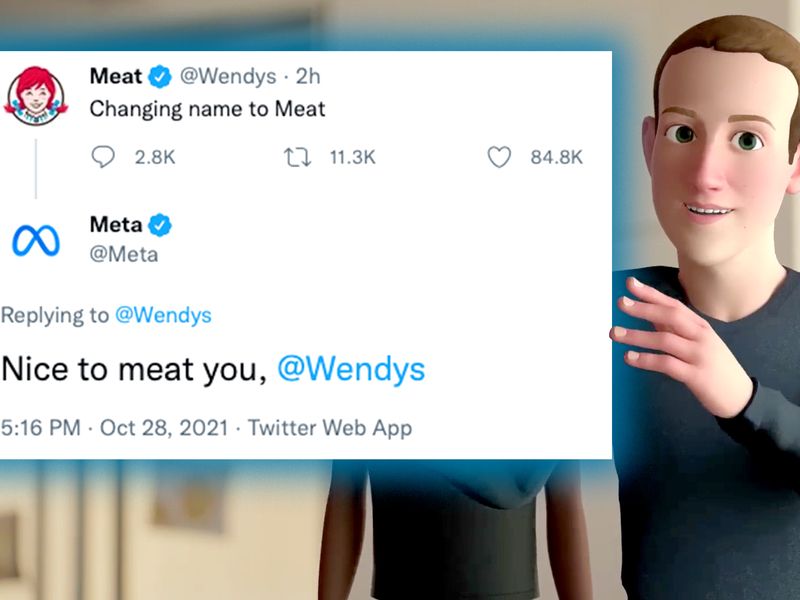 Facebook changed its parent company name to Meta on Thursday as the tech giant tries to move past being a scandal-plagued social network to its virtual reality vision for the future.

The new handle comes as the company battles to fend off one of its worst crises yet and pivot to its ambitions for the “metaverse,” which would blur the lines between the physical world and the digital one.

Facebook, Instagram and WhatsApp — which are used by billions around the world — will keep their names under the rebranding critics have called an effort to distract from the platform’s dysfunction.

Following the announcement, Meta has been one of the top trends on Twitter throughout today (Fri), with users, especially from companies, people and even social media giant Twitter giving their two cents on it.

Here are some highlights of the pun-fueled tweets:

US hamburger chain Wendy’s tweeted shortly after the news: “Changing name to Meat.”

Remaining true to its word, the chain did just that — but only on its Twitter profile.

A tweeting wit under the handle @NicoTheMemeDude queried: “Is this the beginning of the Meataverse?”

To which Wendy’s retorted: “very meta.”