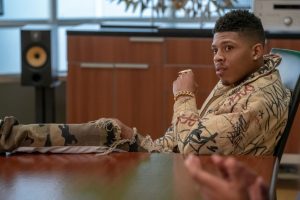 According to reports, the actor pled guilty to felony aggravated assault and as part of his plea agreement, he has been sentenced to 10 days in county jail and 3 years probation.

During the actor’s probation, he won’t be allowed to consume any illegal drugs and he’ll also have to submit to drug and alcohol testing. He can’t possess any stun guns, tasers or any other kind of firearm.

The charge stems from a domestic abuse report filed by his wife last July. It is said that he “throttled her, causing her to lose consciousness.” Reports of the incident say police attempted to viagra for her arrest Gray, but he barricaded himself inside his home. At the time, Gray was charged with misdemeanour assault, felony aggravated assault and misdemeanour disorderly conduct.