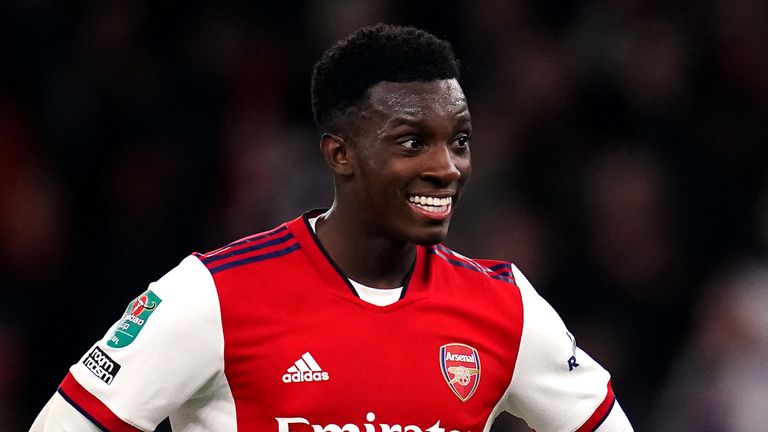 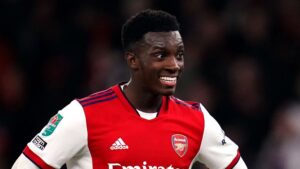 Arsenal striker Eddie Nketiah has agreed a new five-year contract with the Gunners.

The 23-year-old, who was due to be out of contract at the end of the month, has made 92 first-team appearances and scored 23 goals since his first-team debut in 2017.

The Londoner, who will wear the number 14 shirt next season, having previously worn number 30, marked his home debut with two goals against Norwich City in the Carabao Cup in 2017 and featured in the FA Cup and Community Shield-winning teams in 2020.