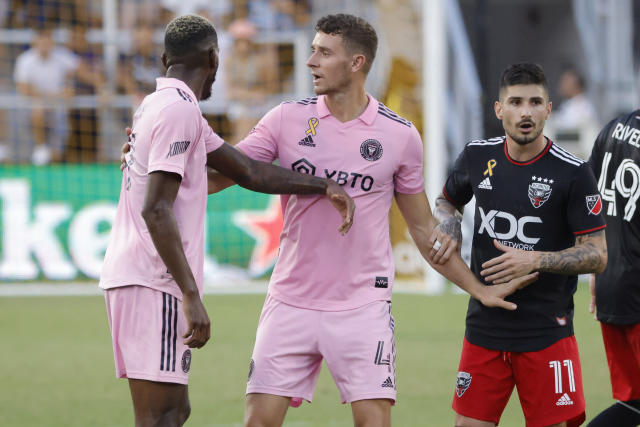 The ugly altercation between the pair took place in the 62nd minute of yesterday’s fixture in which Inter Miami won 3-2 to give their playoff hopes a significant boost.

Both players received yellow cards after a heated confrontation with Low shouting at Fountas after the alleged slur was used.