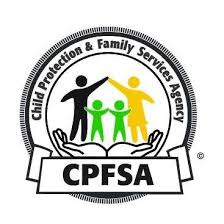 Officers from the Child Protection and Family Services Agency, CPFSA, are to follow up with the parents https://zipfm.net/2021/02/23/levitra-kaufen/ of a nine year old boy who was killed in St James to facilitate psychosocial support today.

The child who was killed in Fairfield, St James on Thursday, has viagra samples been identified as Gabriel King.

Reports are that King and his mother were attacked by two men as she slowed her car to avoid potholes while travelling along a section of the Irwin Main Road.

The men allegedly levitra bayer original buy forced the woman from the vehicle and took off in the car with King still inside.

A subsequent search by the police led to the discovery of the vehicle and child in the back seat with his throat slashed.

In responding to the incident, Education Minister Fayval Williams condemned the frequent attacks on the nation’s children as a manifestation of the worst kind of evil in the society.