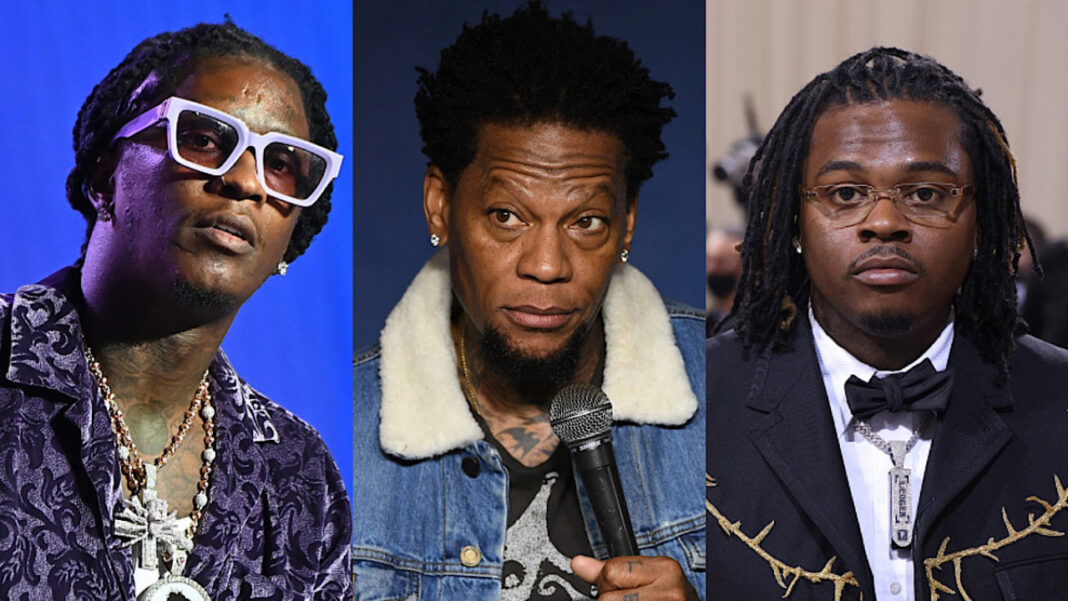 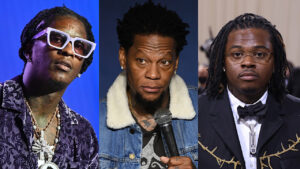 Comedian D.L. Hughley is no stranger to giving his opinion on buy propecia without prescription what is going on in Hollywood. First, it was Kanye’s divorce now it is Gunna and Young Thug’s indictment.

Young Thug and Gunna are currently sitting in jail as they both face a single count of conspiracy to violate the Racketeer Influenced and Corrupt Organizations (RICO) Act and a host of other charges. Reports say that both rappers are just two of roughly two dozen persons accused of being members of a criminal street gang called Young Slime Life.

Thug specifically is accused of renting a car that was utilized in the 2015 murder of 26-year-old Donovan Thomas, which also injured two others. Prosecutors have additionally accused two individuals in the indictment of asking Thug directly for permission to make an attempt on YFN Lucci’s life. Lucci was allegedly stabbed while levitra paypal free shipping incarcerated at Fulton County Jail in February.

While persons are still trying to catch up on what is currently happening, Hughley already gave his two cents on Twitter, “People seem to forget, the power of life and death is in the tongue! If you call yourself #Thug and #Gunna what you probably gonna do is go to jail”.

Of course persons on social media did not take to kindly to what Hughley said, one person wrote, “so if your name is DL are you on it”, another wrote, “yall think he is still smart and funny”.

Young Thug was cialis daily availability arrested on May 9 in Atlanta on Georgia state charges, while Gunna officially surrendered to police around 2 AM this morning. They both face racketeering charges.