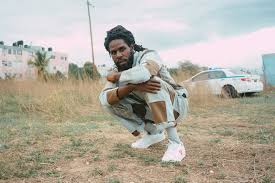 Chronixx has shared the visuals to his latest single “Safe N Sound” on Friday, a booming call for “evolution time” across global communities in trying times.

Co-produced by Chronixx and Romain “Teflonzincfence” Arnett, the clip finds Chronixx making his way through a neighborhood’s deserted streets, classrooms and markets as he calls for “more love flowing in the streets.”

Though Chronixx cialis generic sale has been steadily releasing music from his highly anticipated album Dela Splash, no official release date has been announced.

His Grammy-nominated debut album, Chronology, was released in 2017.