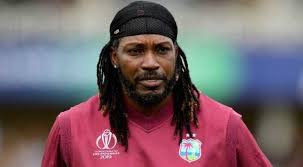 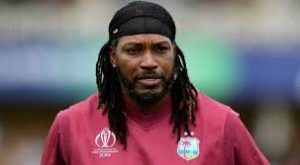 Jamaican cricketer Chris Gayle has announced the name of his own record label ‘Triple Century Records’. Gayle’s brand  – which also adorns the popular New Kingston Sports bar – is no doubt inspired by his record of being one of only 4 players to score 2 triple centuries in Test cricket.

We have every reason to believe he is planning a serious dancehall music career with this venture.

Gayle took to Twitter earlier this week to announce his new single, Blessings, set to be released on February 15, 2021, under the new label.

Just last year, Stylo G recruited Gayle for a Too Hot Celebrity remix. Stylo G might have felt he was only joking about wanting to be a part of the remix, but when the cricketer turned up at his house ready to shoot, he realized it was serious.

That “joke” has now come to life for Chris Gayle.