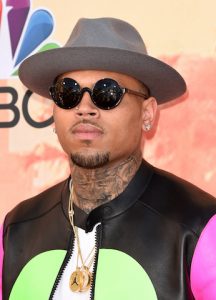 Chris Brown has landed another big break in his legal wrangles and will not be prosecuted in his battery case.
Prosecutors have tossed the allegations against the singer, who has spent the past decade tackling legal run-ins, with Los Angeles City Attorney’s Office insiders claiming the charges against Brown have been dropped due to insufficient evidence.
Brown was named a suspect after allegedly punching an unnamed woman in the back of the head during a get together at his home in the San Fernando Valley, California in June.
Chris was never arrested.