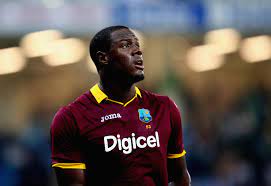 Carlos Brathwaite cheap viagra overnight is headed back to the Big Bash League, BBL after re-signing with Sydney Sixers as they chase a hat-trick of titles.

The West Indies allrounder was a key part of the Sixers’ title last season, particularly with the ball taking 16 wickets for the season.

He claimed 4 for 18 in a win over Brisbane Heat and took 1 for 25 from four frugal overs in Sixers’ Qualifier win over Perth Scorchers which secured them a home final.