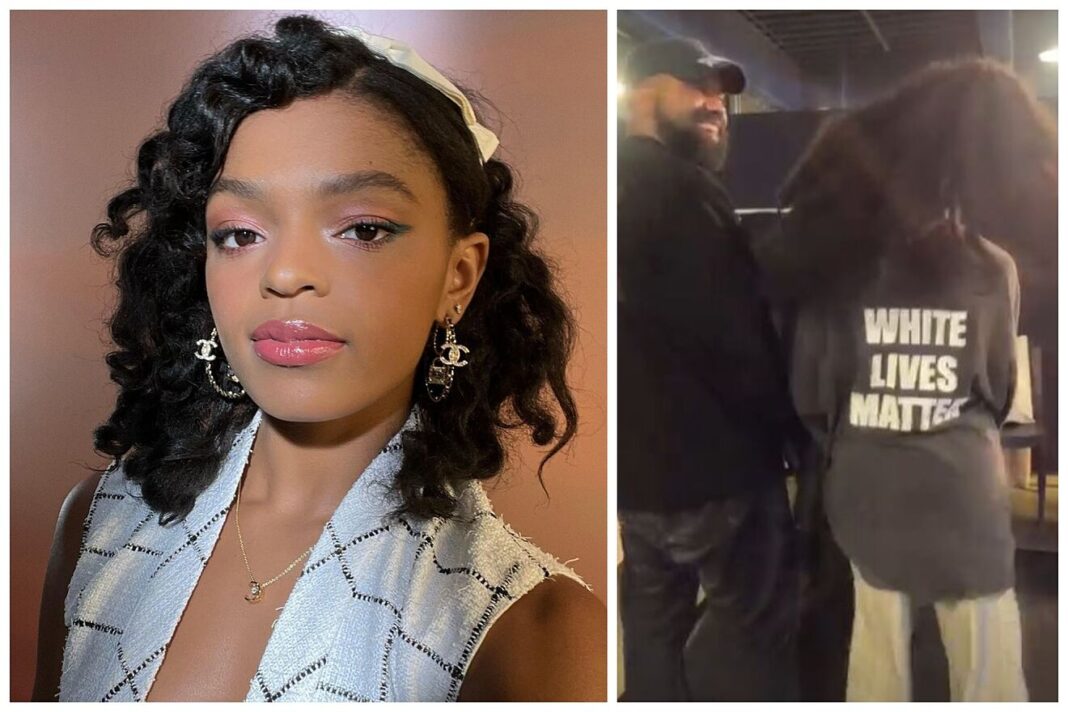 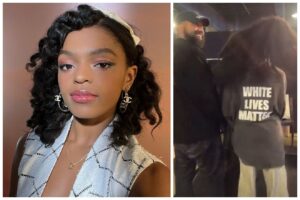 23 year old Selah, modelled the slogan t-shirt at Kanye’s Paris Fashion Week runway show on Monday, but the move has been branded a ‘stunt’ by some.

She reportedly texted Ye, after receiving a slew of abuse online for her actions, saying she wants to ‘continue the conversation with depth and clarity.’

The model also took to Instagram and slammed people criticizing her as being ‘stuck in a hive mind mentality.’

She rebutted her critics, writing: ‘You cannot bully me, manipulate me, or coax me into silence. Nor will you bully me into being who you want me to be.’

The negative reactions to Kanye West’s “White Lives Matter” shirts mostly stem from the belief that the phrase is a reactionary talking point used by white supremacists, white nationalists, and the Alt-Right. West also upset some people by downplaying the Black Lives Matter movement in response to the critiques.