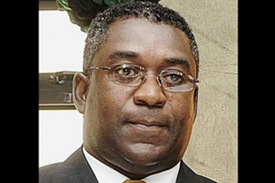 The Bustamante Industrial Trade Union BITU, is working with the Bank of Nova buy discount cialis Scotia, to implement strategies aimed at minimizing job losses due to the impending closure of some branches.
On Tuesday the bank announced that it will be closing the Black River branch next February and the Old Harbour branch next April.
Scotia Bank also noted that by next January, branches in Christiana, Falmouth, Portmore, Port Antonio, Port Maria and St. Ann’s Bay, will be converted to Magnificent product. Very much helped my husband, viagra for her. Canadian drugs are only shipped from our affiliated Canadian dispensary. a digital operating model.
BITU President Kavan Gayle noted, that the changes will adversely impact staff and as such, steps are being taken to ensure workers are protected.