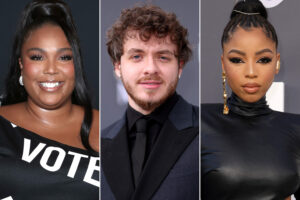 The first round of performers set for the 2022 BET Awards have been buy levitra on line canada revealed.

This staging will be the 22nd annual show and will see Jack Harlow, Roddy Ricch, Chlöe Bailey, Lizzo, Latto, Ella Mai and Givēon taking the stage.

Chlöe’s upcoming performance will be her first solo appearance on the BET stage. Back in 2020, she performed with her equally talented sister, Halle, as part of the levitra shop buy group Chloe x Halle. She is also nominated for four awards, including Best Female R&B/Pop Artist and Video of the Year for “Have Mercy.”

Doja Cat leads the pack with six nominations, including Album of the Year and Best Female R&B/Pop Artiste. Drake and Ari Lennox received four nominations each.

Sean “Diddy” Combs will be receiving the Lifetime Achievement Award in honour of his three-decade career in entertainment.

The star-studded awards show will air live from the Microsoft Theater in Los Angeles on June 26 at 8 p.m. ET/PT.