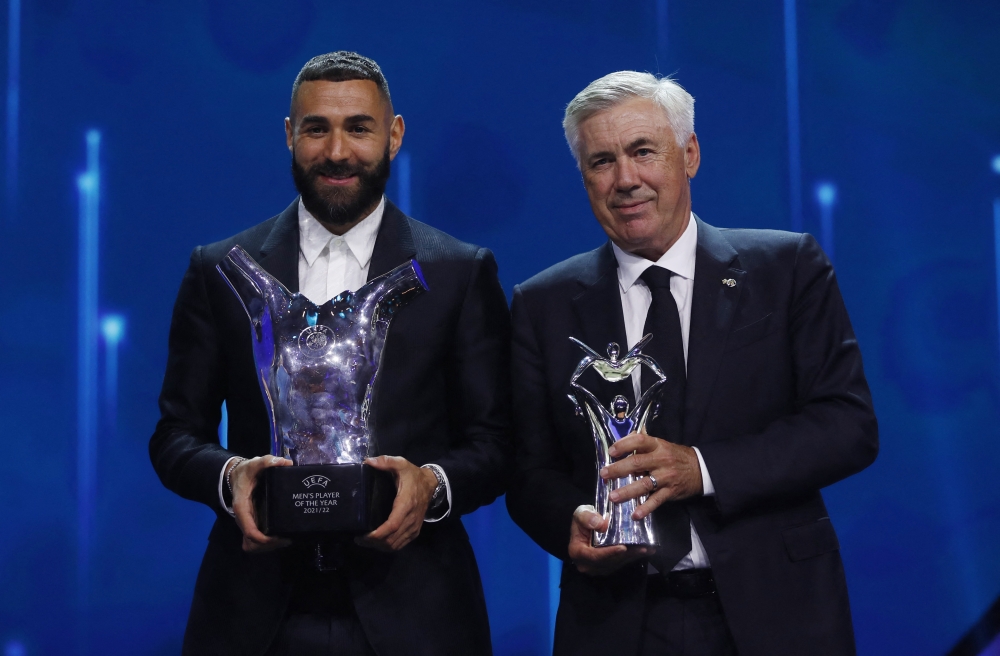 Benzema was in red-hot form, scoring 15 times in the competition and lifting the trophy for a fifth time in his career after the Spanish side beat Liverpool in the final.

Ancelotti became the first coach to win Europe’s most prestigious club trophy four times. He first won the title with AC Milan in 2003 and 2007 before claiming it with Real in 2014.