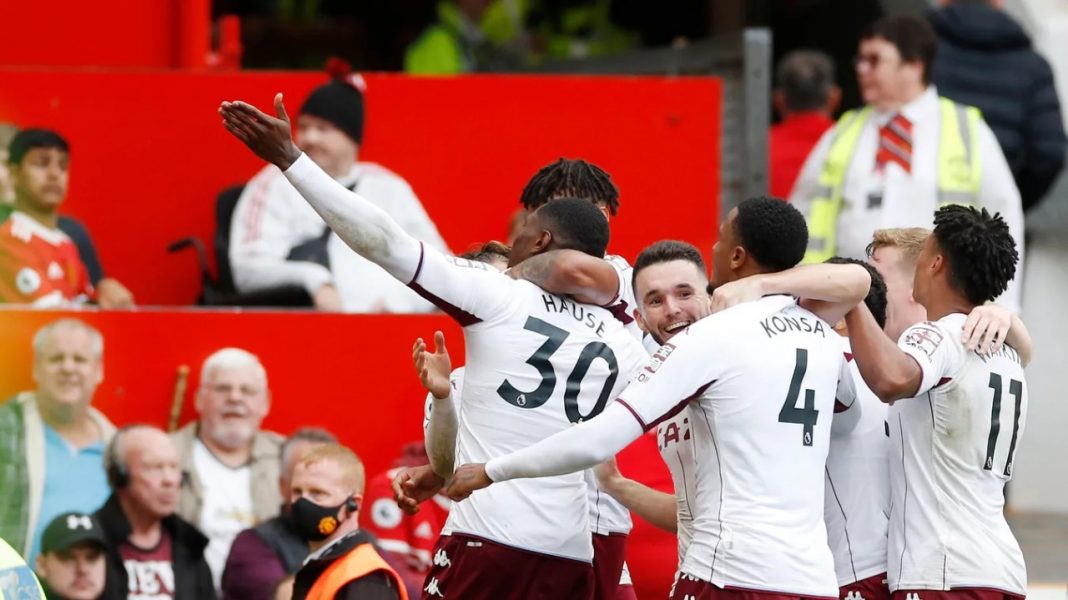 Kortney Hause had put Villa ahead with a powerful header two minutes from the end of normal time before the defender handled inside the box to present Manchester United with a lifeline.

However, Fernandes blazed high over the bar in front of the Stretford End as United’s unbeaten start to the Premier League season came to an end.
-BBC-