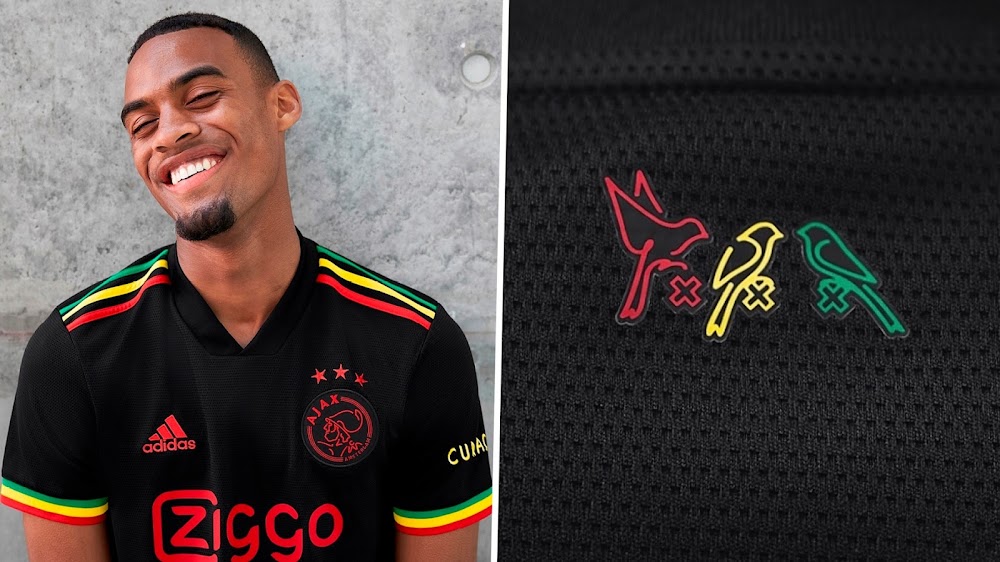 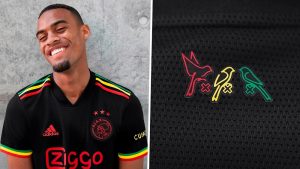 UEFA has banned Ajax from wearing a ‘Three Little Birds’ motif on the back of their Bob Marley-inspired third kit.

The shirt originally had three birds in red, yellow, and green sewn just underneath the back of the collar, commemorating the reggae legend’s 1977 reggae classic.

Fans noticed the absence of the birds during Ajax’s 2-nil away win over PEC Zwolle on Saturday, the first time that the club had worn their alternate shirt.

Commenting on the removal of the detail, the Amsterdam club said: “The European Football Association UEFA sees it as a different expression than the club logo, logo clothing sponsor or sleeve sponsor. Other expressions are not allowed.”

The kit, which was released in August and which Ajax will predominantly wear in European fixtures this season, in the group stage of the Champions League, was inspired by the fans’ association with the reggae classic, which started in August 2008.

Following a friendly away to Cardiff City, supporters were asked to remain in the stands after the game. Three Little Birds was one of the songs played by the stadium DJ and it quickly became adopted by Ajax fans as an anthem which is sung at every match.