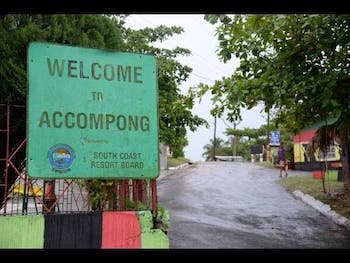 This, after the police issued a release yesterday (January 5) informing the public not to attend the event, as it will be in breach of the Disaster Risk Management Act, DRMA.

However, Chief Currie on his Instagram page this morning stated that the event will still proceed as planned, so maroons can continue their spiritual and traditional ceremonies as their ancestors did before them.

He stated that the maroon festival that is in celebration of their 284th Anniversary should be compared to other religious events such as Pilgrimage to Mecca where Muslims from around the world get a chance to circle the Kabba.

And in a post on the Accompong Network News the community said the event is virtual for all and will be held with the standard Covid-19 protocols being enforced at all times.

Just yesterday (January 5), the St. Elizabeth police in a release said they have been informed by the Ministry of Health and Wellness that no approval has been given for the staging of the event, noting that persons who attend might be prosecuted.

Superintendent Dwight Daley called on the organisers of the event to comply with the instructions and to cancel the planned event.