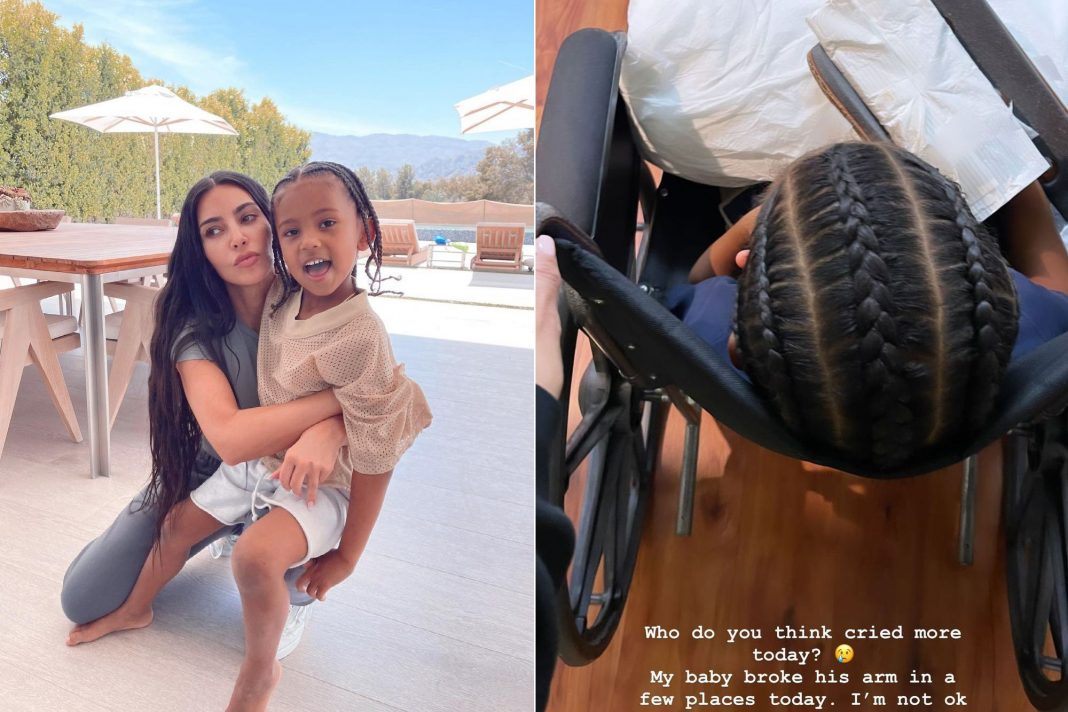 Kim Kardashian’s eldest son with Kanye West broke his arm and she was in tears as she announced it on Instagram.

According to her social media, Saint West has broken his arm in multiple places, causing his mom to share the ordeal with her followers, fans, friends and family.

The Billionaire law-student posted a few pictures of her son in the hospital in a wheelchair and with ice packs draped over his arm.

While the date and details of the accident are not known, it is speculated that the 5-year-old was hurt yesterday.