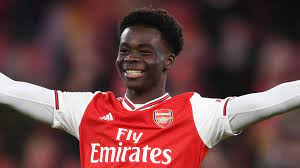 Birthday boy Bukayo Saka put his Euro 2020 final penalty miss behind him by scoring on his return to Wembley with England as Gareth Southgate’s side won 4-0 against Andorra to maintain their 100 per cent start to World Cup qualifying.

Fifty-six days on from that shoot-out defeat to Italy, Saka leapt at the back post to head in England’s final goal of a Sunday evening stroll past the world’s 156th ranked side, to mark his 20th birthday in style.

The Arsenal forward had received racist abuse in the wake of his saved spot-kick in the summer but got the loudest cheer when the teams were read out and earned a measure of redemption by capping his comeback performance for his country with a goal.