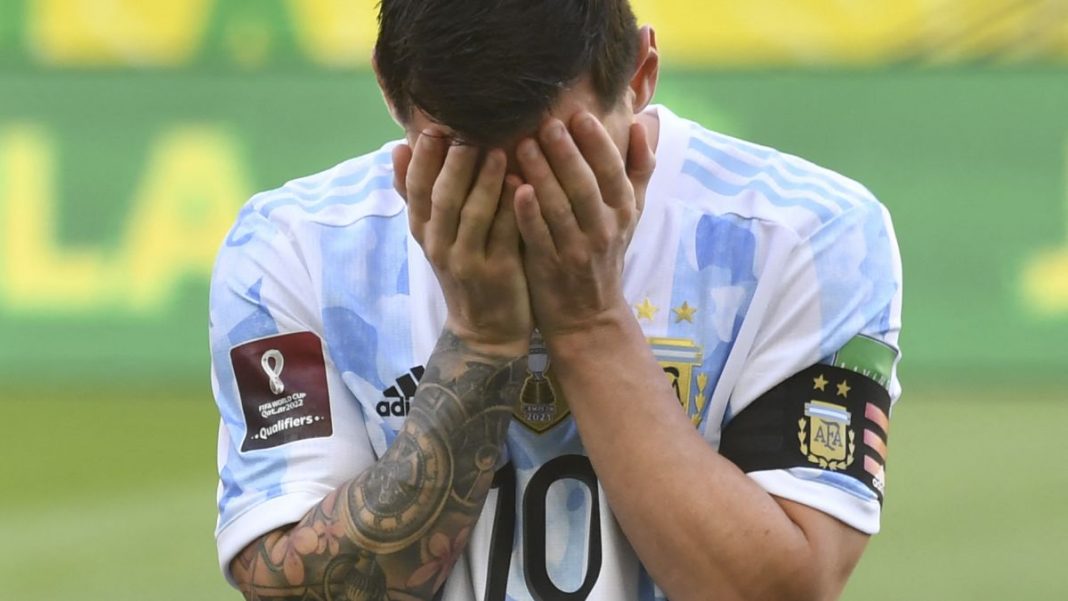 A World Cup qualifier between Brazil and Argentina was suspended on Sunday after Brazilian health officials objected to the participation of three Argentine players they say broke quarantine rules.

Officials with Brazil’s health regulator Anvisa walked on to the pitch at the Corinthians arena just minutes after kick off to stop the game.

The players were surprised at the encroachment and the Argentines quickly left the field, although the two coaches, along with Argentina captain Lionel Messi and Brazilian players, gathered at the side of the pitch a few moments later to discuss the stoppage.