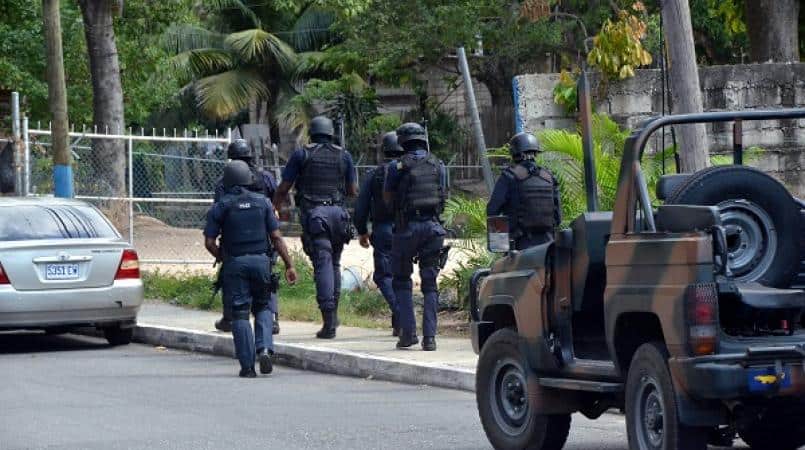 Four alleged gunmen were shot and killed and a police officer wounded, during separate incidents in Kingston, yesterday.

In the first incident, about 4 pm, the Corporate Area based Quick Response Team was on duty in the Riverton City Area, when they observed 2 motor cars traveling together, that rose their suspicion.

The drivers of the 2 vehicles were signaled to stop.

It’s reported that the occupants of the cars opened fire at the police and the fire was returned.

After the shooting subsided, three of the alleged gunmen were fatally shot, while 2 men and two women were arrested.

The two vehicles were seized, along with one high powered rifle and one pistol.

In the second incident, that took place shortly after, the police report that officers were on patrol along Bentley Avenue in the Kingston Western Division, when they were reportedly fired upon by a group of armed men.

It’s reported that the police returned the fire, and a man was shot and killed.

Another man who was wounded in the incident has been hospitalised, under police guard.