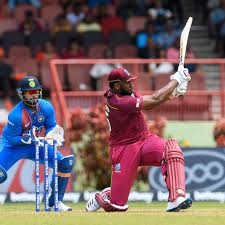 Captain Kieron Pollard says he’s confident West Indies are unfazed by the prospect of facing World number ones England, along with powerhouses Australia and South Africa, in the preliminary Super 12s round of next October’s Twenty20 World Cup.

The Caribbean side, who are reigning champions following their conquest in the last showpiece five years ago, were Friday announced in a difficult Group 1 of the October 17 to November 14 tournament in United Arab Emirates and Oman, which borders UAE.

Group 1 will also comprise the winners of Group A and the second place finishers in Group B, of the preceding T20 World Cup qualifiers.