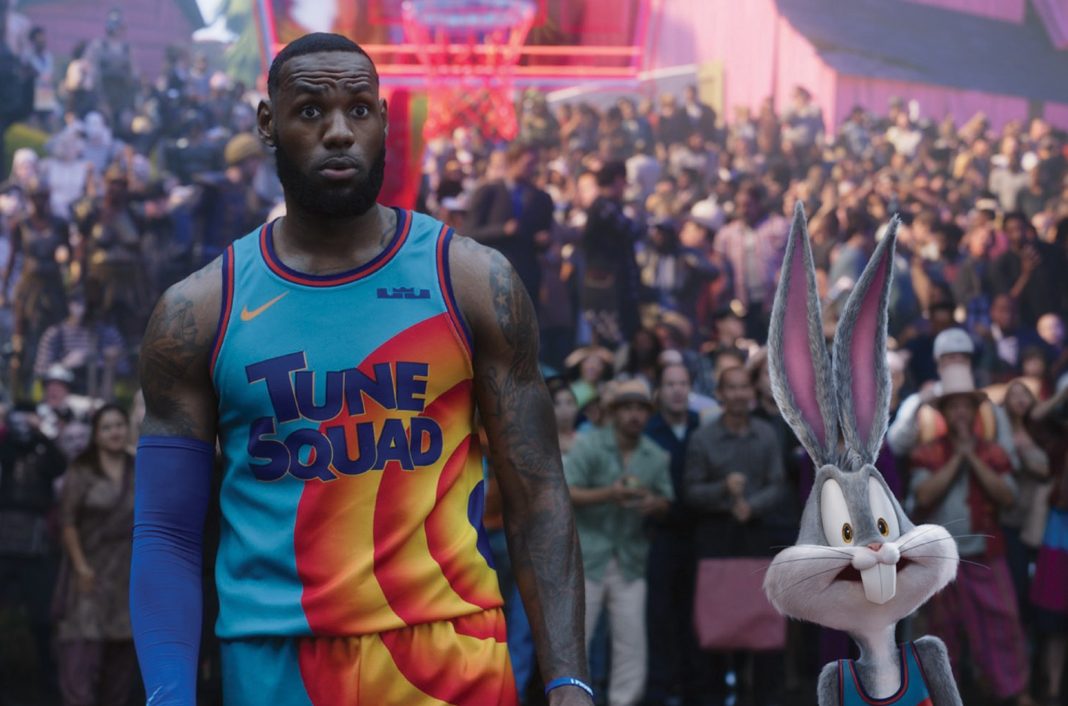 Warner Bros.’ “Space Jam: A New Legacy” is poised to steal the box office ball away from “Black Widow” this weekend, with a projected North American 3-day gross of $32 million.

The basketball movie, a standalone sequel to 1996’s “Space Jam,” brought in $13.1 million from 3,965 locations on Friday, scoring Warner Bros.’ largest pandemic debut, as well as the largest pandemic opening for a family film.

Those earnings put “Space Jam: A New Legacy” at the top spot on this weekend’s domestic box office charts, with some industry experts predicting the live-action and animated film could pull in up to $35 million over the weekend.

Directed by Malcolm D. Lee and starring LeBron James, Don Cheadle and Zendaya, “Space Jam: A New Legacy” follows a fictionalized version of James as he teams up with Looney Tunes characters in a basketball game to save his son from an evil AI.