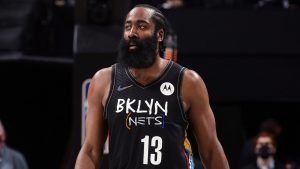 Also likely out is Harden’s teammate, Kyrie Irving, who is recovering from an ankle injury sustained in the second round of the playoffs.

Harden joins a growing group of NBA players heading to the Summer Games, including Nets teammate Kevin Durant, who The Athletic reported on Sunday would commit to play.

Others on the team include Portland’s Damian Lillard, Golden State’s Draymond Green, Washington’s Bradley Beal, Boston’s Jayson Tatum and Phoenix’s Devin Booker, who intends to play for Team USA despite his Suns remaining alive in the playoffs.