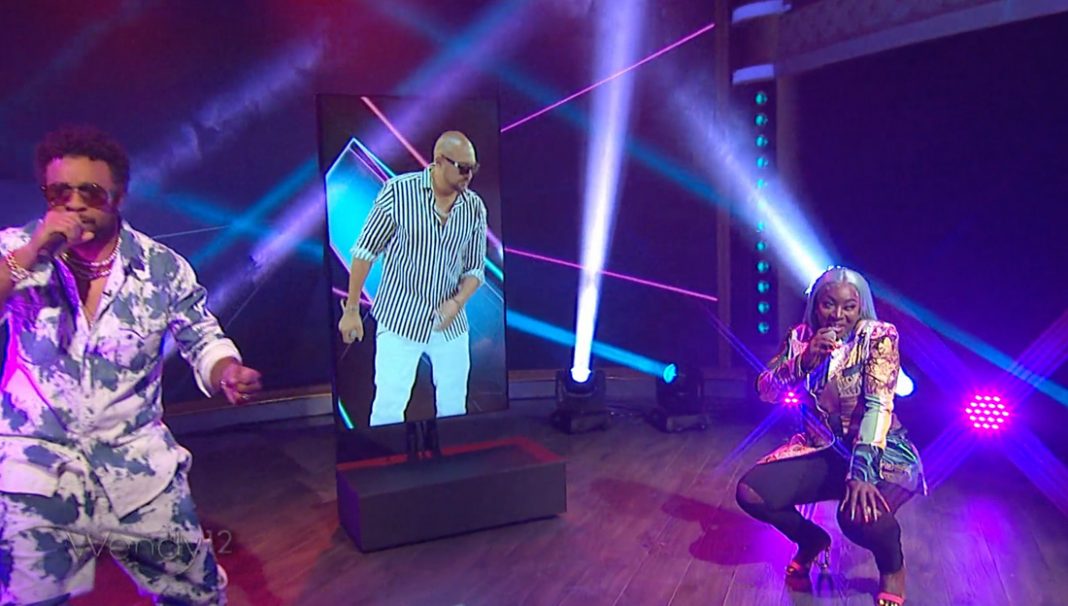 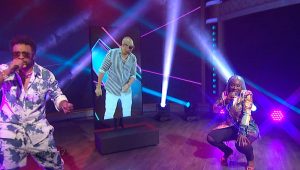 Dancehall heavyweights Spice, Shaggy, and Sean Paul appeared on the Wendy Williams Show yesterday (Fri), performing their hit single ‘Go Down Deh’.
Shaggy and Spice performed live on set in New York, while Sean Paul performed on cue via a video feed.
The dancehall trio, in promotion of the single, kicked off a host of National TV performances this month starting on Good Morning America’s Summer Concert Series on June 11, followed by Jimmy Kimmel Live on June 15 and The Wendy Williams Show yesterday.
‘Go Down Deh’ remains a consistent trend for 5 consecutive weeks on YouTube and is poised to become this summer’s anthem.
The song has amassed some 13 million YouTube views since its release while the #godowndehchallenge on TikTok. It has garnered 35M views of the nearly 40K videos created to date.
‘Go Down Deh’ will appear on Spice’s highly anticipated album Ten, which will be released by VP Records on July 30.