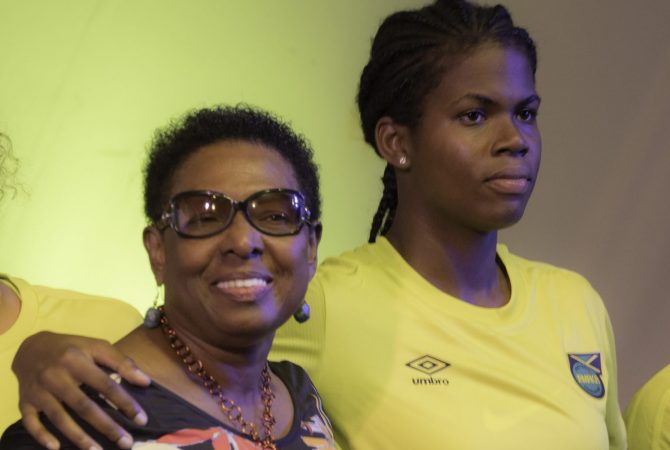 Sports Minister Olivia ‘Babsy’ Grange has said that Khadija ‘Bunny’ Shaw’s signing with Manchester City Football Club in England is the latest of the major achievements by this Reggae Girl whose rise in the sport has been meteoric.

Minister Grange said: “With her move from French football club, Bordeaux, where she was the season’s top goal scorer and MVP, to Manchester City, current English Premier League men’s champions, ‘Bunny’ Shaw is to be congratulated by us all.

She says “Bunny Shaw has showcased footballing skills which made her a key contributor to Jamaica reaching the Women’s World Cup finals for the first time and which now are causing people to refer to her as ‘one of the most exciting forwards on the planet’.