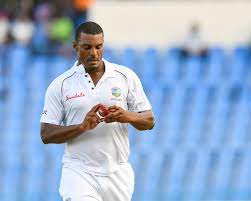 West Indies fast bowler, Shannon Gabriel could be available for the second Test against South Africa later this week.

The 33-year-old fast bowler, though included in the provisional 17-man squad, was ruled out of the 13-man squad for the opening Test which West Indies surrendered by an innings and 63 runs due to a hamstring injury.

Head coach, Phil Simmons said that Gabriel will be assessed in the coming days ahead of the second Test.