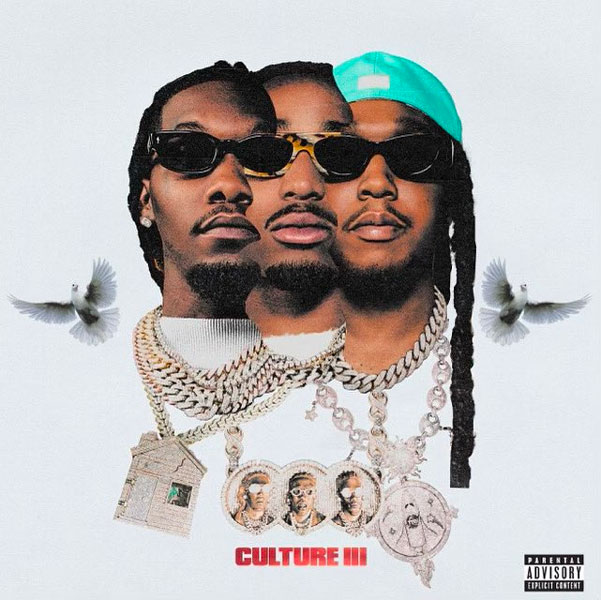 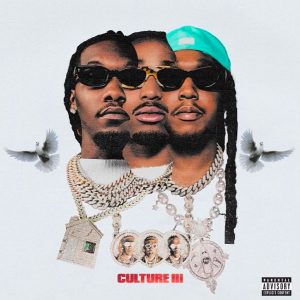 Over three years since their last album, Migos returns with Culture III, the long-awaited third chapter in their Culture series.

The star-studded set opens with “Avalanche,” which Quavo, Offset, and Takeoff debuted on “The Tonight Show,” and includes appearances from Drake and Justin Bieber.

Cardi B joins her husband Offset on “Type…..” while Future links up with “Picasso.”

The late Juice WRLD guests on “Antisocial,” and Pop Smoke can be heard on “Light It Up.”

The 19 tracks also include collaborations with Polo G and NBA YoungBoy.

In a recent interview, Quavo called the follow-up to 2018’s Culture II “the greatest album of this year.”