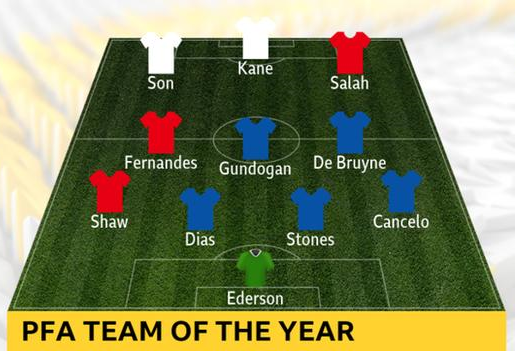 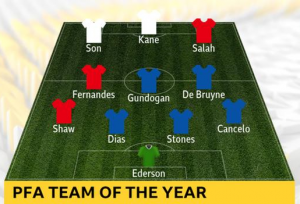 Manchester United’s Luke Shaw and Tottenham’s Son Heung-min are in a 2020-2021 PFA Premier League Team of the Year dominated by Manchester City .

Tottenham’s Harry Kane and Liverpool’s Mohamed Salah, who scored 23 and 22 league goals respectively, are in.

Despite winning the Champions League – as well as reaching the FA Cup final and finishing fourth in the Premier League – no Chelsea players are included.