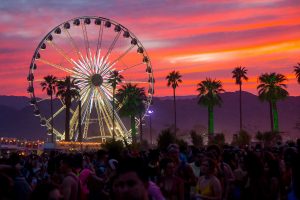 The lineup for next year’s festival has yet to be announced.

The last Coachella took place in 2019 and featured headlining performances from Childish Gambino and Ariana Grande, who brought out the *NSYNC boys minus Justin Timberlake—for a reunion.

Coachella’s 2020 and 2021 editions were cancelled or “postponed”, in response to the global pandemic.

The 2021 festival was previously reported to have been pushed back from initially announced October dates.