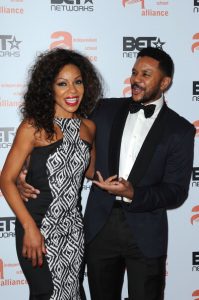 The Game is officially restarting.

Paramount+ has handed a ten-episode series order to its reboot of The CW and BET dramedy with original cast members Wendy Raquel Robinson and Hosea Chanchez  reprising their roles.

The series, which was created by Mara Brock Akil, originally launched as a half-hour comedy on The CW and ran for three seasons on the broadcast network.