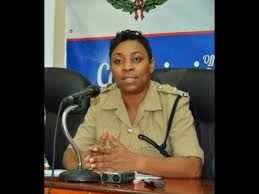 The Jamaica Constabulary Force JCF has expanded its Domestic Violence Intervention DVI Centres to the parishes of St. Ann and St. Mary and is imploring persons to access the services.

Head of the JCF Corporate Communications Unit CCU, Senior Superintendent of Police SSP, Stephanie Lindsay, said retrofitting of offices and training of personnel for two Centres are being completed, with full operation slated for the next two months.

Each will be headed by an officer no lower than the rank of an Assistant Superintendent of Police ASP.

She said that many domestic disputes that end with the death of persons started with quarrels and verbal abuse, and that every police station will shortly have a trained person who can handle situations that involve persons who know each other well, adding that neighbours can also assist by notifying the police.