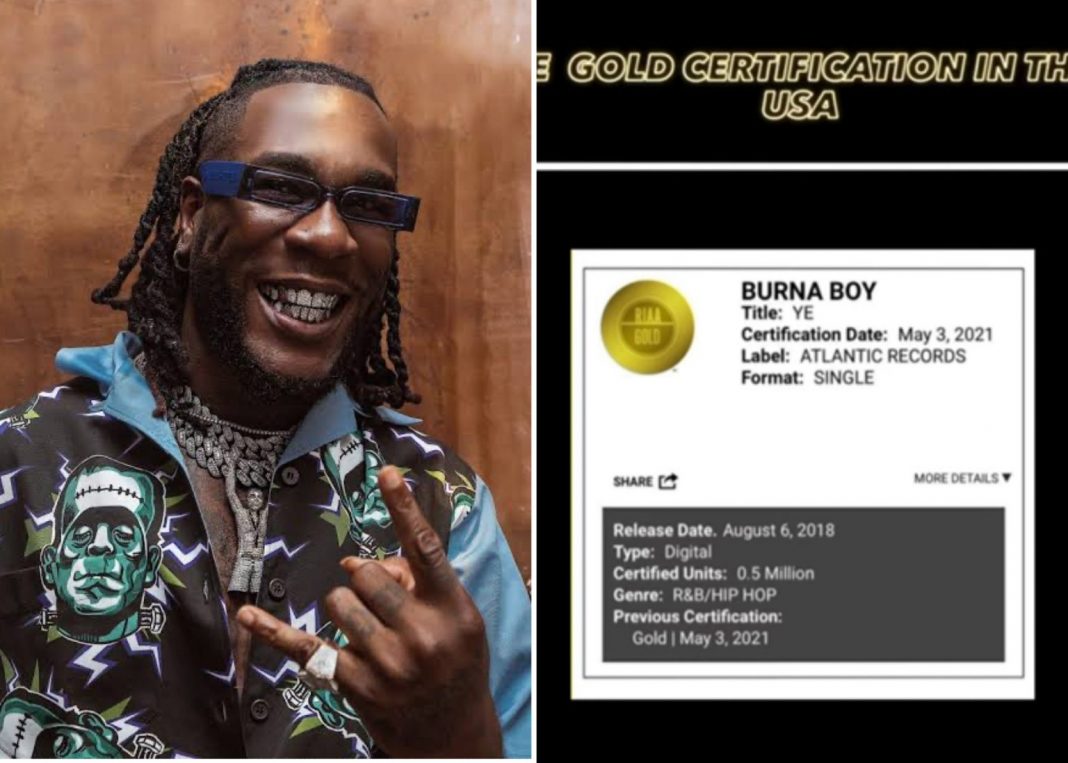 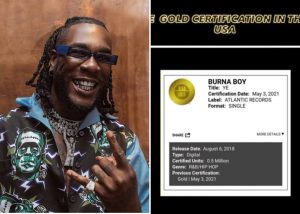 The elated singer shared the big news Monday on his official twitter page, along with the certificate, for having sold at least five hundred thousand units in the US.

“Ye”, an R&B/Hip Hop track taken off  his “Outside” album, was released on August 6, 2018, under the label Atlantic Records.

Burna Boy emerged as the winner of the ‘Best Global Music Album’ category at the 2021 Grammy Awards ceremony.