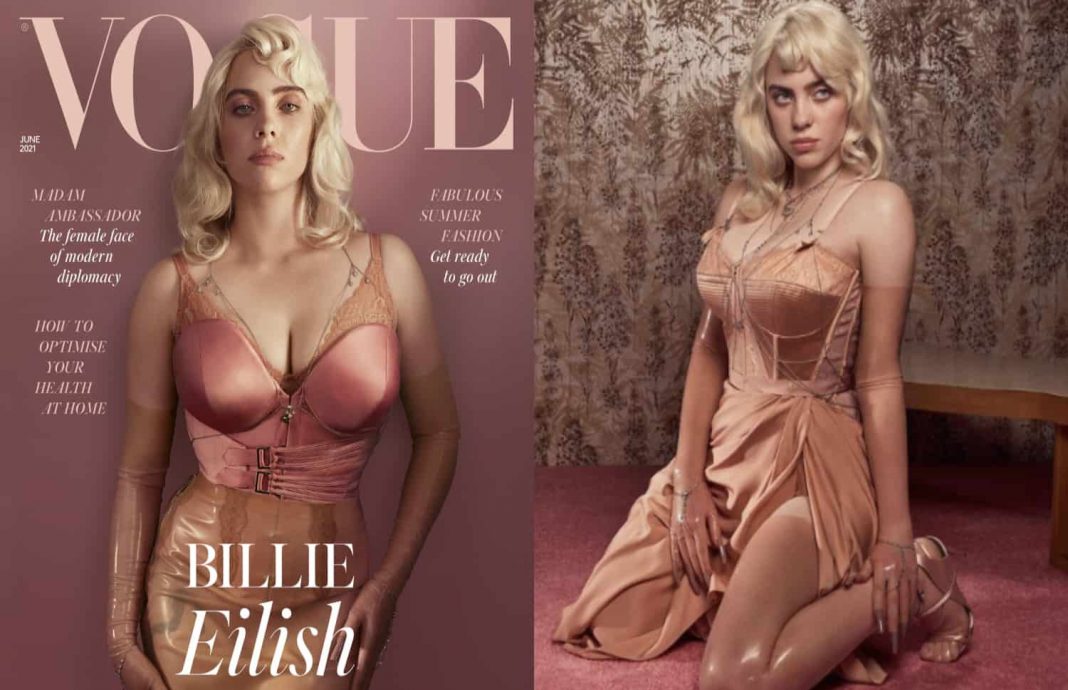 Billie Eilish has broken an Instagram record for a second time with a post featuring her new British Vogue cover.

The pop star appears on the front of the June 2021 issue of the fashion magazine, in a shoot that she came up with the idea for.

Eilish’s Instagram post of the cover has broken the record for being the photo on the platform to reach 1million likes the fastest.

She achieved the milestone in under six minutes.

It’s not the first time the teen superstar has broken the record. She previously toppled Selena Gomez’s claim to the title in March, when she shared a photo of her newly blonde hair. That picture reached 1million likes by the six-minute mark.

With over 22.8million likes now, it is now the third most-liked photo on the social media site.