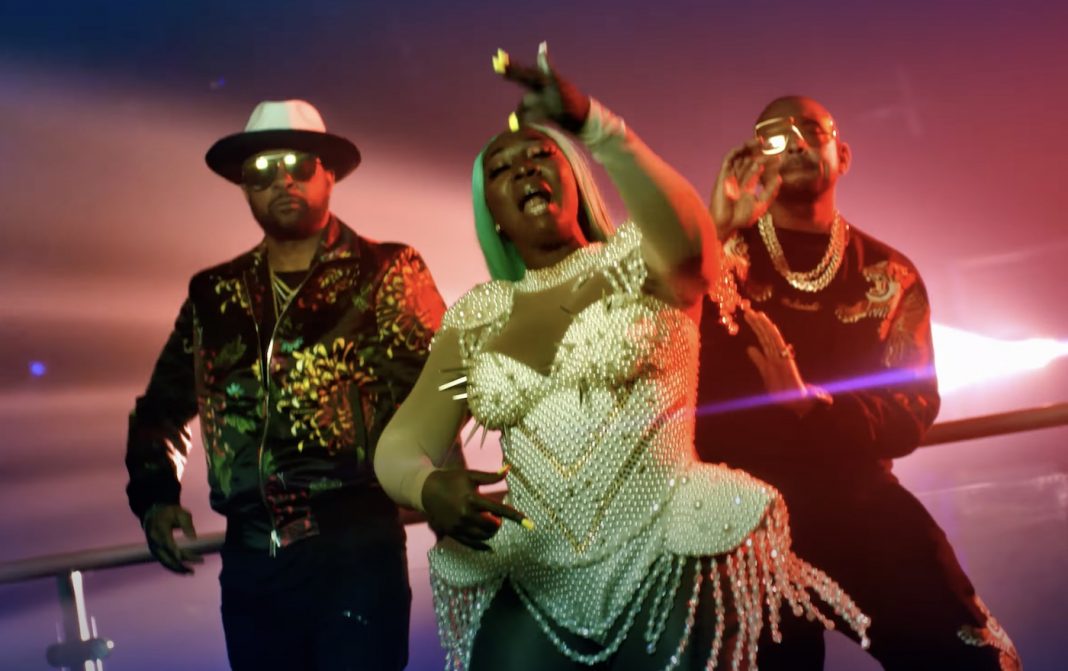 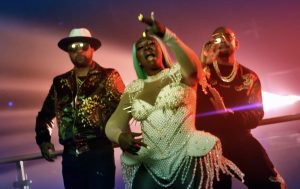 Congratulations to Spice! Her recent collaboration with Shaggy and Sean Paul debuted at the top of the US iTunes chart.

Spice, Shaggy and Sean Paul, aka SSS, have been dominating the charts just days after the release of their new song, ‘Go Down Deh’. The single already topped the USA Reggae iTunes chart and is currently at number 2 in Canada and the UK.

The video was directed by Jay Will and shot in Kingston, Jamaica, with appearances from other Jamaican Dancehall representatives including Kemar Highcon, Walshy Fire, and Naomi Cowan.

Just a few days ago, Spice held a private release party for “Go Down Deh”. Spice entered her party being carried on a bed by four men with all décor and costume being Cleopatra themed. Spice wore a black and gold ensemble adorned by gold jewellery and long gold nails with a gold crown affixed to her head. After which she gave a stellar performance of her new single with her background dancers.