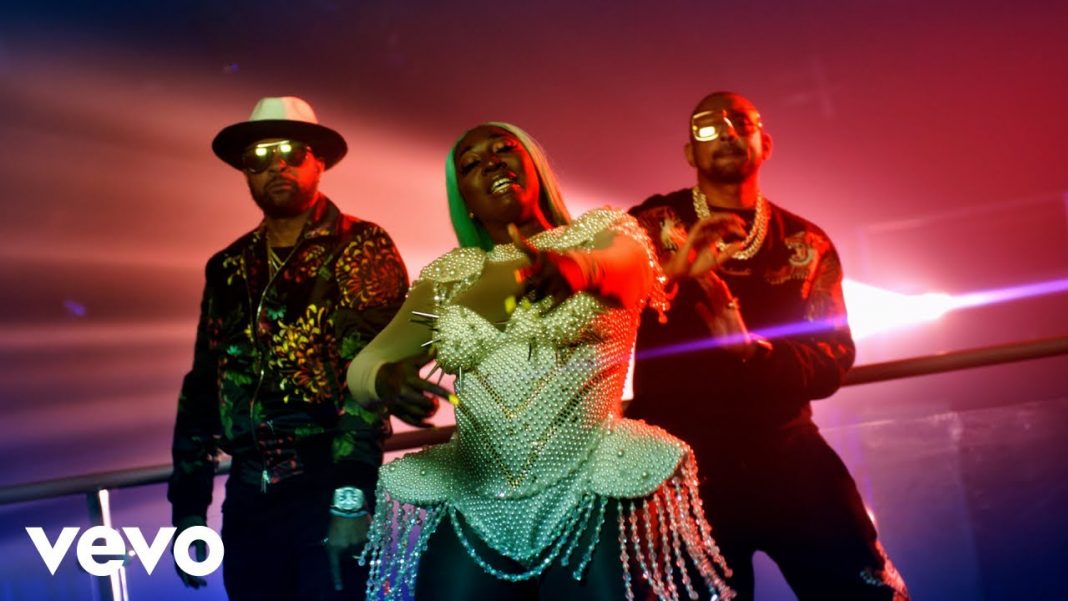 Dancehall Artiste Spice remains at the top of the iTunes reggae songs chart with her new single, Go Down Deh, featuring Superstars Shaggy and Sean Paul.

The single was released on Friday to rave reviews.

It’s taken from the female deejay’s forthcoming debut album which is expected to be release soon.

The glitzy visual is also trending at number one on video sharing platform, YouTube and is clocking close to half a million views since its premier.