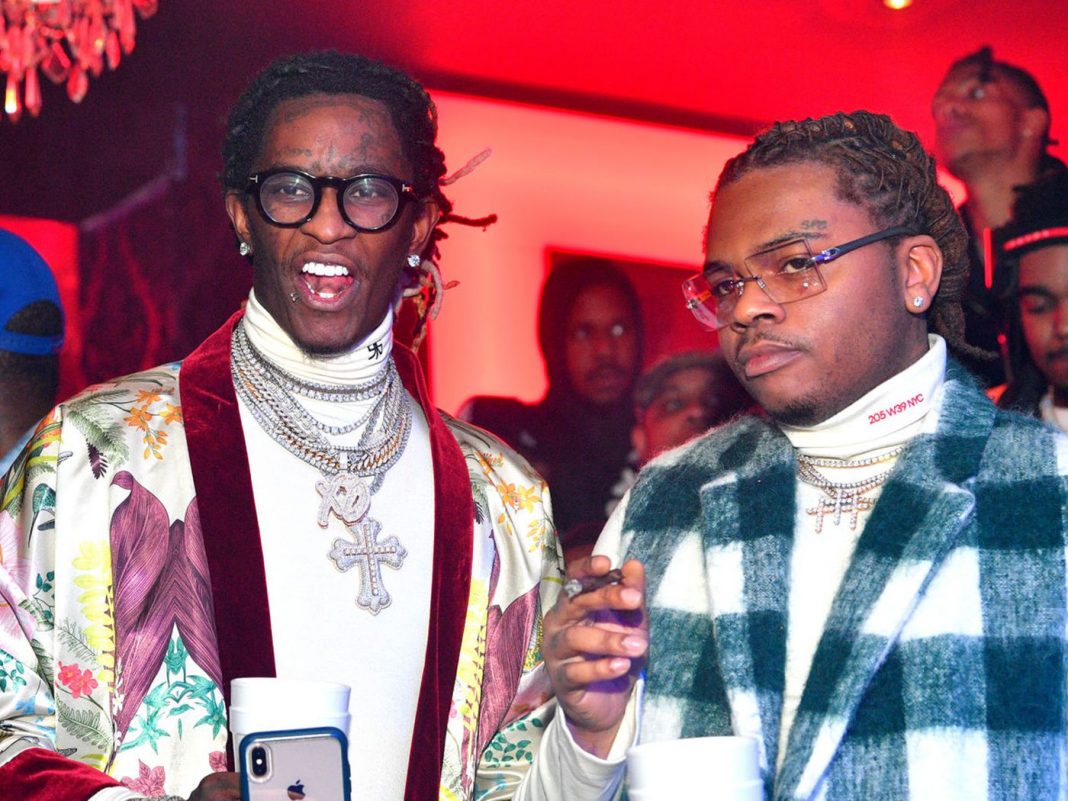 Rappers Young Thug and Gunna have posted bail for 30 low-level inmates who were unable to afford the costs themselves.

The people were freed from Fulton County Jail in the two artist’s native Atlanta, Georgia on Sunday, where they were imprisoned while awaiting trial.

The people freed by the two rappers will reportedly feature in a forthcoming music video. The pair say they intend to repeat the deed in the future.

Fulton County Jail is currently enduring grim conditions. According to WSB-TV, the prison is seriously overcrowded.

2,900 people are currently incarcerated there, 400 more than its capacity, meaning that some are forced to sleep in public areas.

Earlier today, meanwhile, Young Thug was named on the bill for this year’s Wireless Festival.

Future, Skepta and Migos are set to headline.