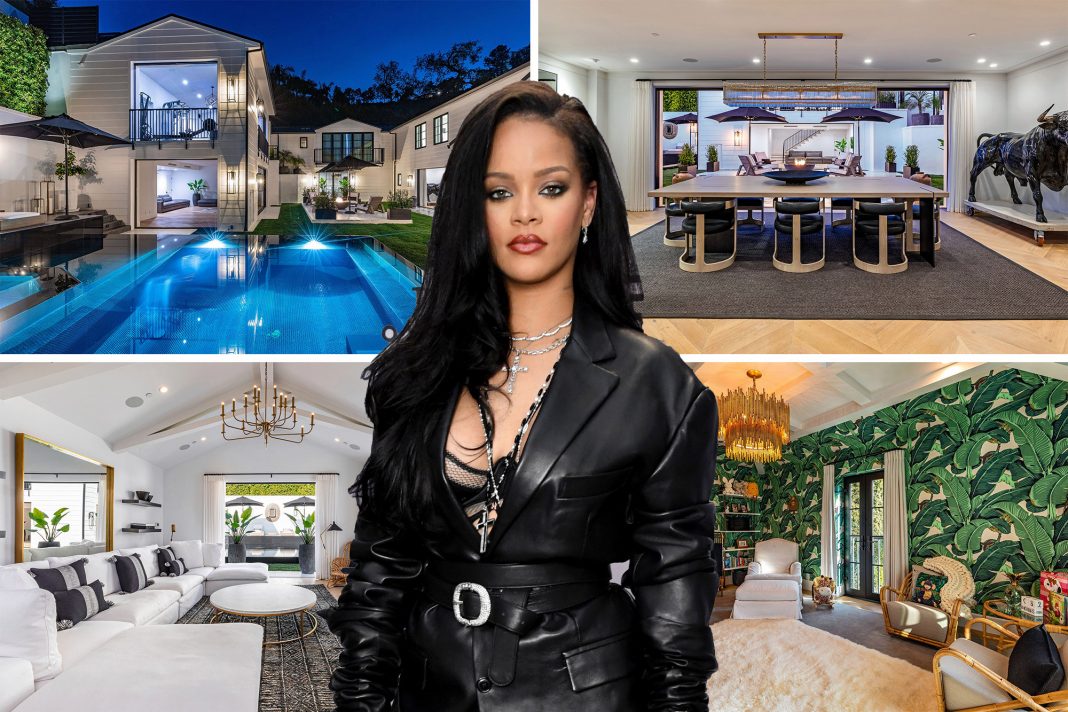 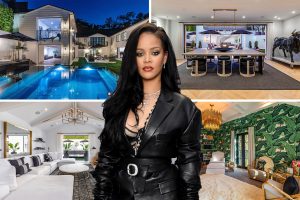 Sitting on a half-acre lot, originally built in the late 1930s, the 3,500-square-foot home boasts four bedrooms and 4.5 baths.

The Tudor-style structure includes formal living and dining rooms, an eat-in kitchen that opens to the family room, a master suite with a sitting area and a private balcony. The backyard features an oversized swimming pool, built-in BBQ, and brick patio. There is also a separate guesthouse atop the garage with another bedroom.

In addition to her $23.8 million Beverly Hills compound, the Fenty Beauty mogul owns several other homes in the L.A. area including a $6.8 million Hollywood Hills estate, a condo along the Wilshire Corridor, and her main residence, a $5.5 million penthouse in Century City’s Century Towers.

Of course, the dollar value is quoted in US dollars.