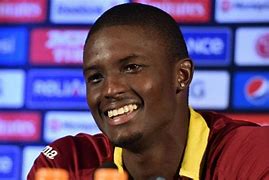 Jason Holder has been named among Wisden’s Five Cricketers of the Year.

The former West Indies Captain, who was among the West Indies best-performing players during the recently concluded series against Sri Lanka, was named alongside Zak Crawley, Mohammed Rizwan, Dominic Sibley and Darren Stevens.