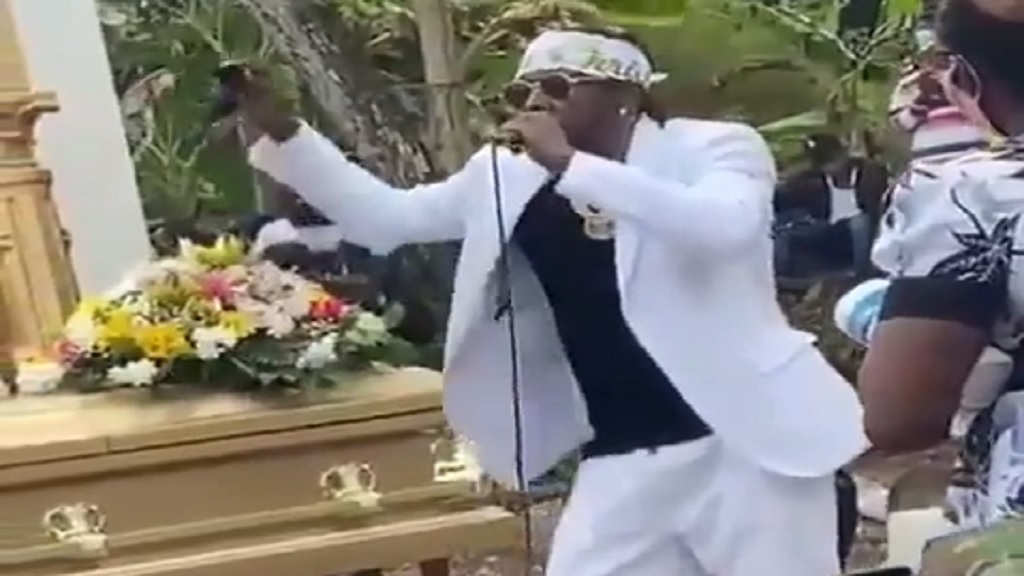 During her remembrance speech at the graveside, Shabba recalls some of his greatest moments with his mom and the lessons learnt which help to shape him into the man he is today.

Shabba also praised her for not only being a good mother to him but others in the community.

Constance Christie, affectionately called “Mama Christie”, had been ailing for three years and passed away on February 23 after a short stay in hospital.