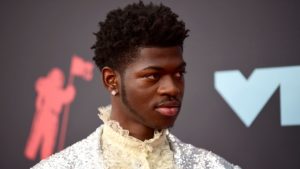 Rapper Lil Nas X is at the number one spot yet again. This comes after the rapper’s song, ‘Montero (Call Me By My Name)‘ debuted at the number 1 spot on the Billboard Hot 100 chart.

Nas X last visited the number one spot with “Old Town Road” featuring Billy Ray Cyrus, which became the longest-running number one single on the Hot 100.

The song has topped the charts in the US and UK, thanks in part to the spotlight his critics have shone on it.

Nas X knocks Justin Bieber’s ‘Peaches’ featuring Daniel Caesar and Giveon to number 2, a week after the ‘Justice’ single debuted atop the Hot 100.

Taking to Twitter to celebrate his escape from being labelled a “one-hit-wonder”, he thanked his fans while slamming critics who called him a one-hit-wonder. “Y’all told a 19-year-old who had just escaped the lowest point of his life that he would never have a hit again,” he wrote. “You told him to stop while he’s ahead. he could’ve given up. but 4 multi-platinum songs and 2 #1’s later, he’s still here. thank you to my team and my fans!”

Montero, which has racked up over 92 million views on YouTube, has caused a stir globally with its high-concept video.

The 21-year-old also released a limited-edition range of sneakers, dubbed ‘Satan Shoes‘, which featured a drop of human blood in the sole.